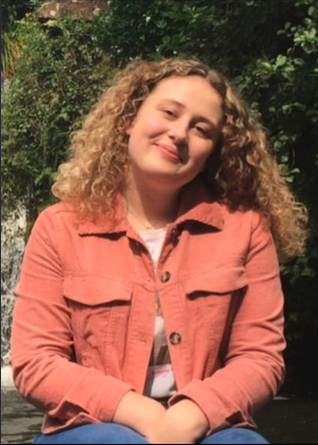 I was still in college finishing my A-levels when I first started searching for an apprenticeship.

I never thought that, just a year later, I’d end up as an apprentice working on a Search app!

But here I am, studying for a software development apprenticeship at DVSA, splitting my time between working as a junior developer in the Swansea office and studying towards the qualification.

Starting out as a junior software developer

I first found out about the software development apprenticeship opportunity at DVSA in 2018.

I was working with a careers advisor to help me find an apprenticeship that would suit me, when we stumbled across the advert for this job, and it seemed perfect.

It offered the chance to join the established software development team in Swansea, and the job immediately caught my interest. Though, as I watched the short video clip attached to the advert, I realised I knew very little about the world of commercial vehicles.

Now, a year later, I have settled into my role as a junior developer for the Corporate Systems team, and my knowledge of commercial vehicles has improved, thanks in part to my work on the DVSA Search app.

The Search app is used by our enforcement officers.

It allows them to check a vehicle’s current status with ease and efficiency, whether they’re at a roadside stop or in an authorised testing facility.

These checks are vital for road safety in the UK. Our enforcement officers and testing teams make sure that heavy vehicles on the roads meet safety standards. This helps to limit danger for the drivers of these vehicles, and other road users around them.

Search works by using a vehicle registration mark that is entered by the enforcement officer. The data they enter is used to perform remote database queries, where any and all findings associated with a particular vehicle are returned, through the app, straight into the officers’ hands.

This quickly allows our enforcement officers to see any potential problems with the vehicle, driver, or operator they are assessing, and gives them access to further detailed information, compiled from a variety of sources.

Getting used to office life

My role did seem overwhelming at first. There’s an abundance of acronyms within the organisation to get used to – like finding out the difference between a VIN (vehicle identification number) and a VRM (vehicle registration mark) – and I had to get used to office life, having been in full-time education for the past 15 year. Luckily, the welcoming atmosphere, friendly colleagues, and a line manager who didn’t mind answering the silliest of questions, have helped me a whole lot.

I work day-to-day as a back-end developer on the team, dealing with the ‘behind the scenes’ functionality of the Search app – the code and processes behind the pretty stuff shown on screen.

I work with a range of other services and organisations, such as the MOT team, Driver and Vehicle Licensing Agency, and Northgate, to sift through and interpret data returned to us by those partners so it to be used in the app.

The role also involves working closely with the front-end, DevOps, and business analyst teams here in Swansea, to make sure the app looks good and works well for its users.

I think the DVSA is a great organisation to work for – the support I’m getting in my role (whether about the actual job, or the NVQ I will also achieve during my 2-year apprenticeship) is great, and I already feel like a responsible and valued member of the developing team, having only completed my initial ‘bootcamp’ training 6 months ago.

During the next 12 months, I am hoping to complete my apprenticeship and interview for a developing role here on the team in Swansea.

Given the ever-expanding nature of the Search app, and the other applications being taken on by the team, I’m sure I will be kept busy as I continue my career progression from apprentice to fully-fledged member of the team.