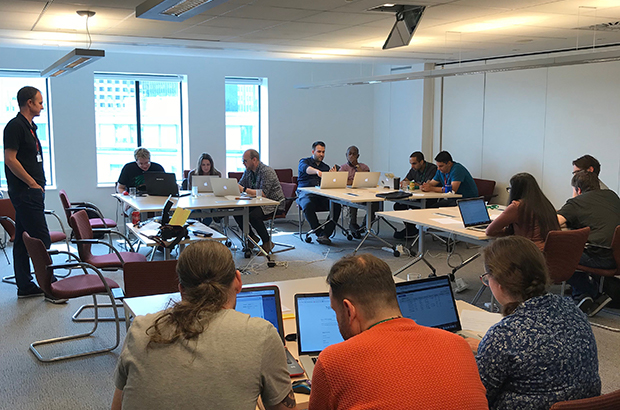 On Friday 18 May 2018, we hosted and took part in our first Amazon Web Services (AWS) GameDay at our office in Nottingham. This coincided with Learning at Work week and was an event that we'd been eagerly anticipating.

'GameDay' is perhaps a term you don't hear very often and it's worth explaining.

An AWS GameDay is an immersive team-based event. AWS describe it as a learning exercise designed to better familiarise players with the AWS environment and challenge them to come up with ways to solve problems based on the AWS resources they have available to them. 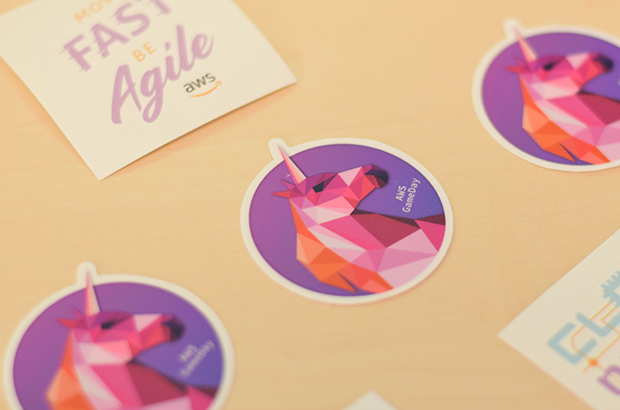 The GameDay uses a fictitious scenario featuring a business along with the service it provides.

In our case this was a service for renting unicorns. Fictional users interact with the service over the internet to request unicorns. That might sound slightly odd but it made it clear that this was an entirely arbitrary business scenario. That said, there was an amusing slide about emissions testing which assured us that unicorns only emit rainbows!

AWS provide the environment in which participants can learn, risk free, about AWS best practices and architecture patterns in real-time whilst trying to solve problems. The environment is cloud-based infrastructure hosted on the AWS platform and is a mock-up of what the fictitious business are using to provide their digital service.

In our scenario, the teams had to take over DevOps, the business as usual of running and improving the cloud-based IT, from an outgoing team with only a runbook to guide us.

We were split into teams so we were competing to stabilise and grow the solution as well as try to solve side challenges for additional points.

AWS are one of many suppliers that offer cloud-based IT infrastructure and services. At DVSA, we're building cloud-native solutions as we transform our services. Our MOT services and vehicle operator licensing services use AWS. As we recruit permanent DVSA teams to run and continuously improve these services, we need to build our understanding and expertise with the technologies. 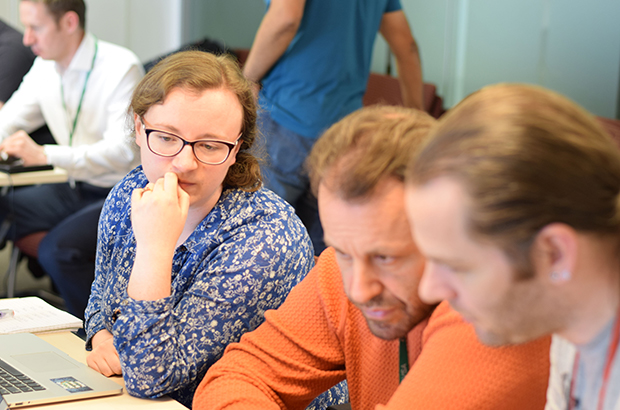 Several team members from a variety of roles within Digital Services and Technology have personal development plans aimed at improving their knowledge in this area.

I'm a Delivery Manager and understanding the technology at a high level is important for me. It means that I can follow the conversations and understand the challenges that we face as a team.

Colleagues who work in software development benefit from understanding what is possible with the technologies and how the software they build will be used.

Colleagues who work as Operations Engineers benefit from a safe environment in which to test their skills and try out solutions.

Colleagues from Service Delivery and Service Management can learn more about the services they support and likewise put their technical understanding to the test.

There are so many benefits for us that it’s hard to summarise in a blog post.

A fun way to learn

Shaun Hare, Senior Digital Developer, is active in the Nottingham technical community and suggested that we also invite some colleagues from beyond the DVSA. This really helps us form networks with colleagues that share the technologies we use and hopefully helps get the message out more widely about what we're doing at the DVSA.

We were joined by Jamie and Sophia from Capital One, and James from the University of Nottingham. They joined teams made up of DVSA staff, and once the action started, we all bonded very quickly.

It was a great way to team build and we had some great feedback from the event.

I learned a lot while having a brilliant time.

By the end of the day I was swapping between the different sections of the EC2 and VPC etc. and examining the different parts looking for the holes that had appeared – compared to not knowing what I was even looking at in the morning!

Great day enjoyed it, especially being part of the winning team (thanks Chris and Sophia) - which coincidently happened when I left the team. Was able to apply some recent learnings and was learning lots of new things as a result of the challenges and from my team mates.

I've used the phrase 'immersive' several times above and that's what really stood out for me. The introduction to the business idea and backdrop was brief. Before we knew it we were looking at the AWS infrastructure and trying to work out what was going wrong whilst at the same time keeping the business running.

This was a great way to put theory into practice. The feeling of being in a DevOps team with a business to protect was handled extremely well in this event.

As well as trying to stabilise and improve what we were given we also had the ChaosMonkey processes suddenly taking out EC2 instances or removing Internet Gateway configuration - to try and mimic the dynamism and uncertainty of a real-world scenario. This was hectic but extremely good fun.

Competing against the other teams added another vital element. Speaking as a member of the team that eventually lost the day (after such a promising start) this was another great element in the stress test of knowledge and capability. 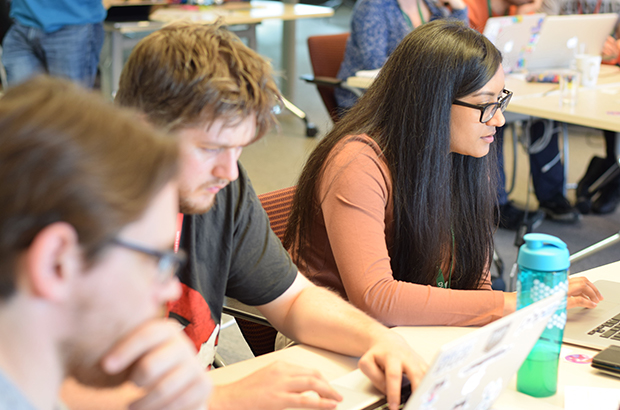 The team from AWS (Alex, Neil and Pawan) did a great job of running the day. They were helpful when teams needed some input but also made the day challenging and fun.

From talking to the participants, everyone enjoyed themselves and took something away from the day – even if that was a unicorn shower cap (I’m looking at you Jamie and James). We were able to test what we’ve learnt and identify areas where we can improve.

We also have some great ideas about what we’d like from future GameDays. I'm looking forward to running more of these events in the future and would like to keep them open to technical colleagues from other companies. If you're interested, let me know in the comments.